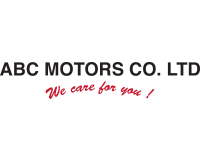 Since its establishment in 1985, the Company has ranked among the top sales performers in the vehicles market and has received numerous awards on its Sales Performance, after sales, service and Spare Parts facilities, winning the Nissan Gold Prize Award on several occasions, the Nissan Global Award 2005 and 2007.

ABC Motors is the No. 1 company, both as a Brand Leader and in terms of overall market share of motor vehicles sold in Mauritius during the year. ABC Motors has been the market leader for the past 16 consecutive years!