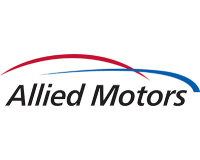 Blessed by Volkswagen AG and Audi AG, Allied Motors Co. Ltd. made its debut in the Mauritian automobile market on September 1st, 1993. The first presented model was the Volkswagen Passat. Soon, the Ventos and Polos followed as well as the first Audi 80. Initially located at Pailles, its workshop and showroom moved to Port-Louis in 1994. Two great years were topped in 1996 as Allied Motors was the chosen one to host the Volkswagen African Importers Conference. It proved to be a successful showcase for its German and African visitors. In 2008, Allied Motors Co Ltd in order to get closer to its customers moved into a "State Of The Art" building in Réduit. The new location is so visible on the M1 motorway and with an easy access from the Bagatelle flyover. The organization gave itself the mission to promote the beauty and progress in its different forms (music and paintings notably).